Good Bye Mrs. Yukon, we will miss you, especially me!

She was in perfect medical condition but on 9/4, she had a seizure which led to the discovery of several brain tumors which were in operable. She passed on 11/10. It was a terribly miserable time for her. Nobody deserves to die that way. Thank God for large amounts of Morphine.

I am going to close Living Prepaired over the next few weeks. Most of the information is dated and of little value as there are so many new and improved products available. 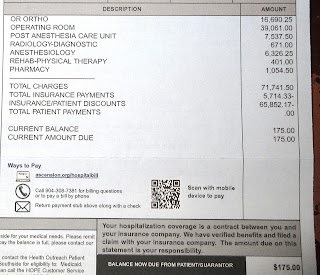 I had my last Doc appointment was Monday for my broken ankle. He said all is well and I can get back to reasonable normal (no field goal kicking) and shouldn’t have to see him again!

I can say that if I had a homestead the broken ankle would have required some help with daily chores.

About 5 weeks ago I broke my ankle, yes ouch! I was standing in the kitchen next to the countertop, momentarily lost balance, legs collapsed, and I went down on top my ankle and whack, broke it. 12 screws and two plates now hold it together.

Last week it finally felt better but still have to walk with a walker to keep weight off it. Monday, I see the doc for x-rays and hopefully can return to somewhat normal.

This potato bread recipe was created by a baker around 1797 when there was a shortage of affordable flour making bread very expensive. By substituting some mashed potatoes, about 33% helped reduce the cost of his bread. This was at a time when the poor people ate mostly meat or bread for their diets. Plus the bread tastes very good! 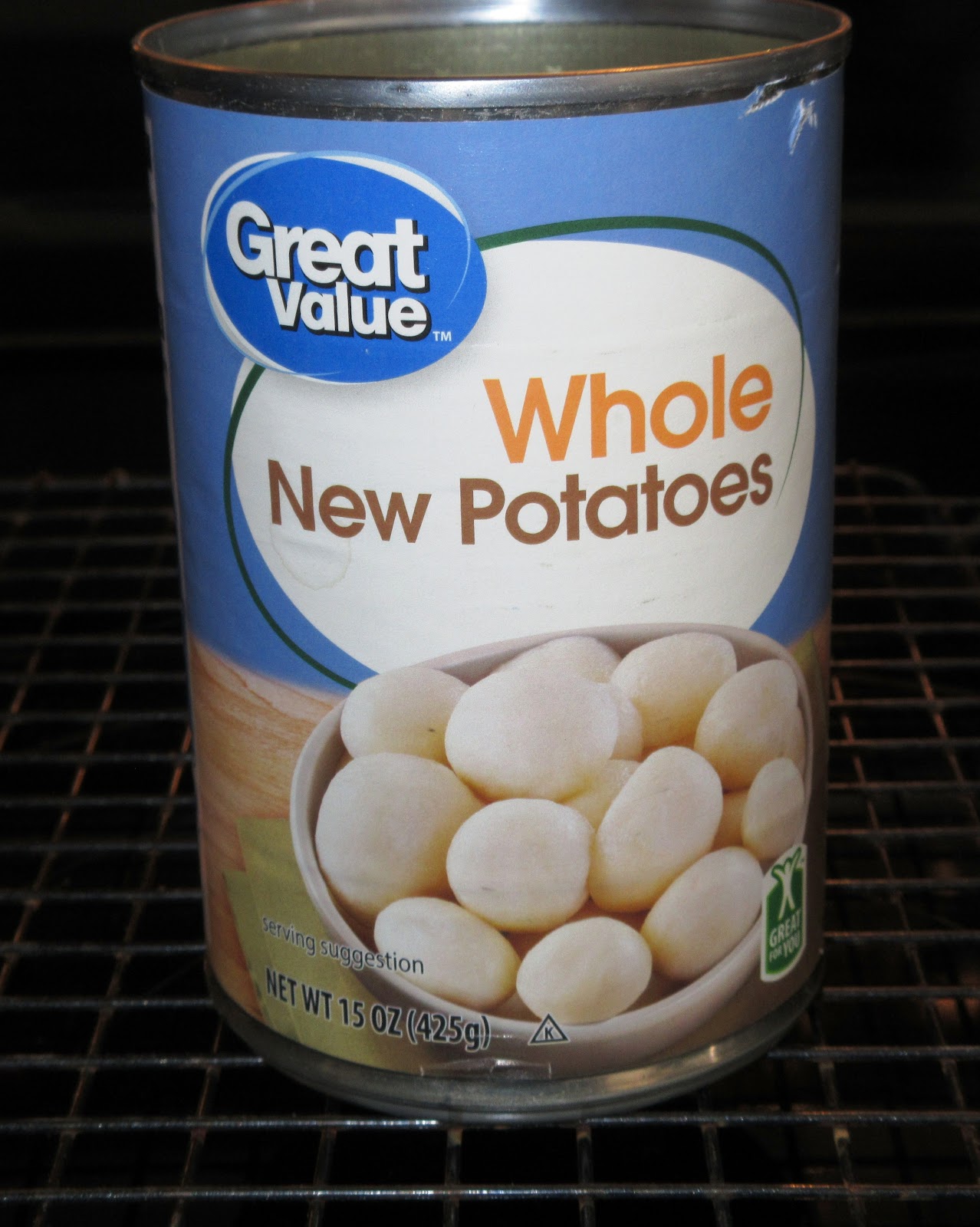 I stock can potatoes because they are already cooked and shelf life is about 2 years.

Here is the loaf sliced. 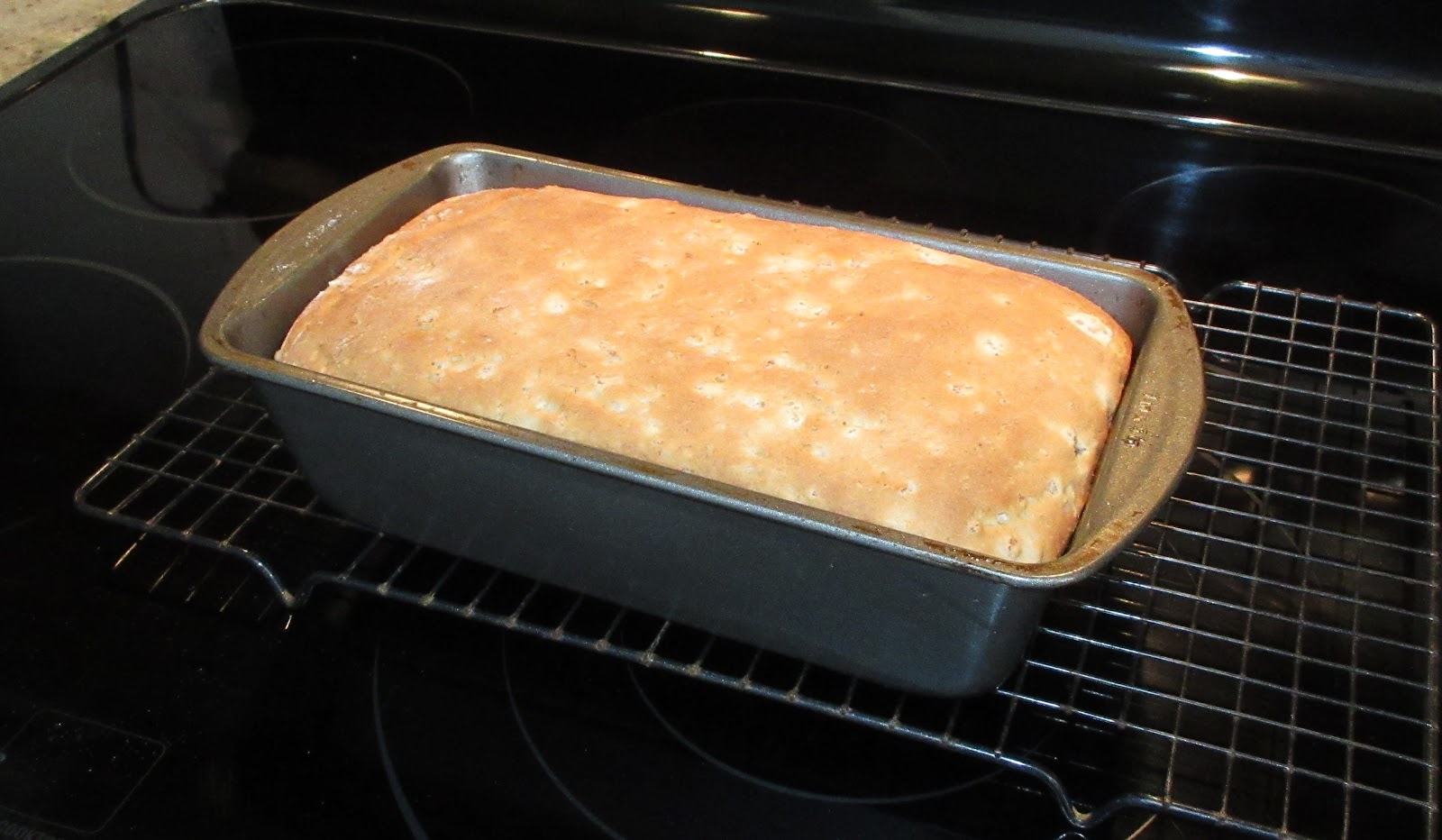 Loaf in the baking pan.

2¼ cups all-purpose flour maybe 2 tbs additional if the dough is too tacky to work with.

5 oz potato water  [reserve from the can]

In a mixing bowl add all the dry ingredients including the dry yeast and blend together well.

Warm all the liquids, water, and oil to 100-105f degrees and add to the dry ingredients including yeast.

Knead for 3-4 minutes after all the ingredients have been combined into a dough ball.

I only single rise as it saves time. Remove the dough from the mixing bowl and shape it to fit into a greased loaf pan. I use shortening to grease the pan but any oil or grease works fine.

Are you, or do you know, someone "still here?"

You are the smallest group of children born since the early 1900s.

You are the last generation, climbing out of the depression, who can remember the winds of war and the impact of a world at war that rattled the structure of our daily lives for years.

You are the last to remember ration books for everything from gas to sugar to shoes to stoves.

You saw cars up on blocks because tires weren't available.

You can remember milk being delivered to your house early in the morning and placed in the "milk box" on the porch.

You are the last to see the gold stars in the front windows of grieving neighbors whose sons died in the War.

You saw the 'boys' home from the war, build their little houses.

You are the last generation who spent childhood without television; instead, you “imagined” what you heard on the radio

With no TV until the 1950s, you spent your childhood "playing outside." There was no Little League.

There was no city playground for kids.

The lack of television in your early years meant that you had little real understanding of what the world was like.

On Saturday mornings and afternoons, the movies gave you newsreels sandwiched in between westerns and cartoons.

Telephones were one to a house, often shared (party lines), and hung on the wall in the kitchen (no cares about privacy).

Computers were called calculators; they were hand-cranked.

Typewriters were driven by pounding fingers, throwing the carriage, and changing the ribbon.

'INTERNET' and 'GOOGLE' were words that did not exist.

Newspapers and magazines were written for adults and the news was broadcast on your radio in the evening.

The Government gave returning Veterans the means to get an education and spurred colleges to grow.

The veterans joined civic clubs and became active in politics.

The radio network expanded from 3 stations to thousands.

Your parents were suddenly free from the confines of the depression and the war, and they threw themselves into exploring opportunities they had never imagined.

You weren't neglected, but you weren't today's all-consuming family focus.

They were glad you played by yourselves until the street lights came on.

They were busy discovering the postwar world.

You entered a world of overflowing plenty and opportunity; a world where you were welcomed, enjoyed ourselves and felt secure in your future although the depression poverty was deeply remembered.

Polio was still a crippler.

You are the last generation to experience an interlude when there were no threats to our homeland.

The second world war was over and the cold war, terrorism, global warming, and perpetual economic insecurity had yet to haunt life with unease.

Only your generation can remember both a time of great war and a time when our world was secure and full of bright promise and plenty.

You grew up at the best possible time, a time when the world was getting better...

You are "The Last Ones."

More than 99 % of you are either retired or deceased, and you feel privileged to have "lived in the best of times!

It’s great being part of the 1% Special Group!

“America’s Shipping Crisis” Will Not End

I’m A Twenty Year Truck Driver, I Will Tell You Why. (by Ryan JOHNSON)

I have a simple question for every ‘expert’ who thinks they understand the root causes of the shipping crisis: Why is there only one crane for every 50–100 trucks at every port in ?   No ‘expert’ will answer this question.

I’m a Class A truck driver with experience in nearly every aspect of freight. My experience in the trucking industry of 20 years tells me that nothing is going to change in the shipping industry.

Think of going to the port as going to WalMart on Black Friday, but imagine only ONE cashier for thousands of customers. Think about the lines. Except at a port, there are at least THREE lines to get a container in or out. The first line is the ‘in’ gate, where hundreds of trucks daily have to pass through 5–10 available gates. The second line is waiting to pick up your container. The third line is for waiting to get out. For each of these lines the wait time is a minimum of an hour, and I’ve waited up to 8 hours in the first line just to get into the port. Some ports are worse than others, but excessive wait times are not uncommon. It’s a rare day when a driver gets in and out in under two hours. By ‘rare day’, I mean maybe a handful of times a year. Ports don’t even begin to have enough workers to keep the ports fluid, and it doesn’t matter where you are, coastal or inland port, union or non-union port, it’s the same everywhere.

Link to the rest of the story:

HANDGUN ACCURACY,  Hit what you're aiming at!

This is the best video I’ve ever come across about shooting handguns. Simple to understand and train with. Most everyone I know has a handgun but shoots one terribly. The link below will take you to the accuracy you need. Worth every minute of your time!

Additional a video about handgun grip below.

Donald Trump, Queen Elizabeth, and Vladimir Putin all die and go to Hell. While there, they spy a red phone and ask what the phone is for. The Devil tells them it is for calling back to Earth. Putin asks to call Russia and talks for 5 minutes. When he is finished the Devil informs him that the cost is a million dollars, so Putin writes him a check.

Next Queen Elizabeth calls England and talks for 30 minutes. When she is finished the Devil informs her that the cost is 6 million dollars, so she writes him a check.

Finally, Trump gets his turn and talks for 4 hours. When finished, the Devil informs him that the cost is $5.00. When Putin hears this he goes ballistic and asks the Devil why Trump got to call the USA so cheaply.

The Devil smiles and replies, "Since Biden took over, the country’s gone to hell, so it's a local call.”

Today, I stopped at Sam’s Club because I needed some more All-Purpose flour. I store two, 5 gallon buckets of AP flour. When I am at the end of one bucket, I open the second one but quickly refill the one that’s empty with new flour. This way I always have at least 25lbs of flour on hand. A 25lb bag of flour makes a little more than 25 loaves of bread.

What I did notice was Sam’s had a one 25lb bag limit! I have never seen that for flour before. What is really going on? I don’t trust the government for any truth in what they say or do. Or has Biden been messing with our trade deals?

So, I did a quick search and found this for flour and rice:

“Two large retailers slapped restrictions on purchases of bulk rice, bringing home shortfalls across the globe. Costco Wholesale Corp. , of Issaquah, Wash., and Sam's Club, a unit of Wal-Mart Stores Inc., of Bentonville, Ark., limited consumer purchases of rice at their stores this week. Wal-Mart said while Sam's has enough rice for customers, it would limit purchases to four 20-pound bags per visit "due to recent supply and demand trends." Costco limited purchases in select stores.”

Wall Street Journal link to the rest of the story:

Are we running out of options? "Violence is the gold standard, the reserve that guarantees order. In actuality, it is better than a gold standard, because violence has universal value. Violence transcends the quirks of philosophy, religion, technology, and culture. It's time to quit worrying and learn to love the battle axe. History teaches us that if we don't, someone else will." (by, Jack Donovan)

How To Posts for Living Prepared

Vans & RV's for Bug Out Living

Compensation: I receive no compensation from any person, seller or manufacturer who's product is posted or reviewed on this blog.

Disclaimer: Understand that these postings are about what I do for myself to Live Prepared. I am not an expert on any topic posted be it self-reliance, prepping, survivalship or other. All statements made represent only my personal opinion unless specified otherwise. Therefore, always remember; Don't believe or apply anything you read, see or hear on my Blogs, YouTube video’s, Pod-Casts, E-Mails, comments or Social Media Network sites unless it is consistent with what you already know to be true or unless you have taken the time to research the matter to prove its accuracy to your satisfaction.